Guillermo Ochoa’s loan move to Napoli has stalled over a disagreement in the future purchase clause between the club and his current employer Standard Liege, according to Football Italia.

Ochoa was expected to move to Stadio San Paolo as a replacement for Jose Reina who has made a summer switch to Milan – but the Mexican’s move may now be in jeopardy. 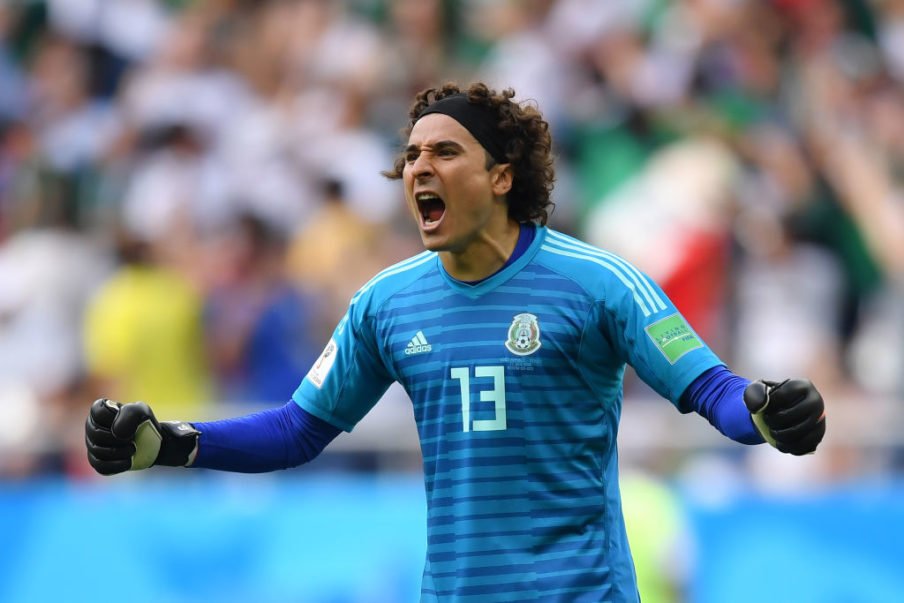 Napoli and Liege had agreed on a fee of €500k with an optional purchase clause of €3m but Liege have insisted on clauses that would change the optional purchase into an obligation to buy dependant on how many appearances the goalkeeper makes.

This seems to be a sticking point between the two sides and it may be cause for major worry at Napoli with the start of the season only a week away, and new signing Alex Meret ruled out through injury.

Meret signed from Udinese without making a single appearance for the team but he was a key part of SPAL’s promotion in 2016/17 and then their survival in Serie A in 2017/18 in his two loan spells with the club.

He was expected to take the next big step in his career with Napoli but fractured his left ulna in one of his first training sessions with the club and now Napoli are left scrambling for a goalkeeper on the eve of the 2018-19 campaign.

The stall in Ochoa’s move has re-ignited rumours that Napoli are interested in Liverpool goalkeeper Simon Mignolet, with the Belgian having fallen to third in the pecking order after the Reds’ signing of Roma shot-stopper Alisson.