A poor start to the season was the only time when Juventus left the door open for one of the other Serie A teams to assert themselves at the summit, as Massimo Allegri’s team showed why they are the dominant force in Italy through a superb response. Defeat at Sassuolo on October 28th proved to be the turning point, with the Bianconeri powering back with a run of form that saw them win twenty-five games and draw one as they won their fifth consecutive Scudetto. In doing so, they equalled a joint-record held by themselves (1930/1931 to 1934/35), Torino (1942/43 to 1948/49 due to the two-year gap during World War II) and Inter Milan (2005/2006 to 2009/2010), but as no team has won six straight titles, Juventus stand on the cusp of history. Betway are likely to install them as favourites to set a new Serie A record, but they are unlikely to have things their own way as their main title rivals will look to finally knock them off their perch.

It is difficult to feel anything other than impressed at the level of dominance Juventus have established in recent years, although the rest of Serie A would probably disagree. Allegri has followed on from the great work started by now national team coach Antonio Conte who implemented a dynamic structure which enabled Juventus to be hard to break down in defence, while also pressing high and taking the game to the opposition through quick interchanges in the final third.

Conceding just twenty goals this season is a hallmark of what has made Juventus so difficult to beat, with the core quartet of Gianluigi Buffon, Andrea Barzagli, Giorgio Chiellini and Leonardo Bonucci epitomising the Italian art of defending. They provide the platform for Paul Pogba to showcase his immense talent further upfield, while Paolo Dybala, Mario Mandzukic and Alvaro Morata all benefit from the excellent service they receive from wide positions as Juventus often find a way to get in good positions. It is worth checking their odds here on Betway’s website to get good value on the favourite, and if they are able to keep Pogba and Morata at the Juventus Stadium and add even more high-profile players alongside the £25 million acquisition of Roma’s Miralem Pjanic, then the Scudetto holders will be very difficult to beat. 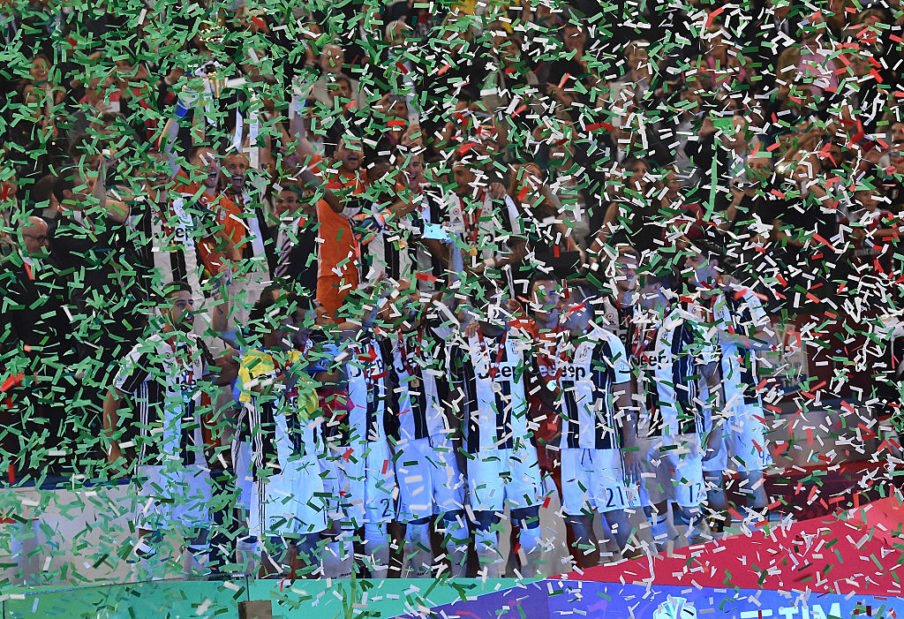 Napoli and Roma certainly did their best to push Juventus all the way this season, and although Fiorentina surprised everyone by putting themselves in a great position at the half-way stage, Paulo Sousa’s team faded badly as the pressure told. All three will believe they have a chance of overhauling Juventus this season, with Napoli arguably the most equipped to mount a serious challenge for the Scudetto. Maurizio Sarri has done a wonderful job in Naples since arriving from Empoli, with the 57-year-old invigorating a team that have the potential to achieve so much more than their have. Napoli are now extremely solid in defence and have the likes of Marek Hamsik and Lorenzo Insigne in top form, but there can be no question that their star man is Gonzalo Higuain. The former Real Madrid star was simply sensational this season, breaking a 66-year-old Serie A record as he scored an incredible 36 goals in just 35 appearances; Higuain may have managed even more, but a three-game ban for reacting angrily following a red card against Sampdoria cost him the opportunity. Keeping the Argentina international at the Stadio San Paolo is imperative if Napoli are to stand any chance of pipping Juventus to the Scudetto, while they cannot afford the lapses in concentration that cost them points against the likes of Bologna and Carpi.

Roma will arguably go into the 2016/2017 as the in-form team in Italy, with the arrival of Luciano Spalletti in January resulting in a major transformation in fortunes. Rudi Garcia was sacked after a run of just two wins in eight games which practically ended any hope of competing for the title, and although Spalletti lost his second game in charge at Juventus following a 1-1 home draw against Hellas Verona, it was the only defeat Roma tasted under their new manager. Eight straight wins provided the start of a seventeen-game unbeaten run in which they won fourteen and drew three, with Spalletti making a major impact since his arrival at the Stadio Olimpico. Antonio Rudiger, who played a key role for Roma in defence, has joined on a permanent deal following his year-long loan from Stuttgart, but losing Pjanic to Juventus could prove to be a major blow. Mateo Kovacic is reported to be his replacement via a season-long loan deal from Real Madrid, and although club legend Francesco Totti is staying on for another year, Spalletti may have to fend off interest in Radja Nainggolan and Kevin Strootman. It remains to be seen whether Roma lose any more of their prized assets, and if Spalletti is able to bring in the right level of quality during the summer, then the Giallorossi could be major contenders next season.