Fiorentina are now top of the Serie A table for the first time since 1999, but their coach Paulo Sousa believes that the club won’t be able to mount a serious title challenge this season.

Let’s be realistic. There are teams who have a lot more quality and who have invested a lot in players. We have to keep fighting with the team we have. The biggest satisfaction is seeing how well the lads played.

The Viola currently have the 7th largest wage bill in Italy and have spent significantly less on transfer fees compared to the likes of Juventus, Roma, Milan and Inter.

Fiorentina currently have 15 points, along with the best goal difference in the league, after defeating former leaders Inter Milan 4-1, who previously held a 100% record prior to yesterday’s fixture. 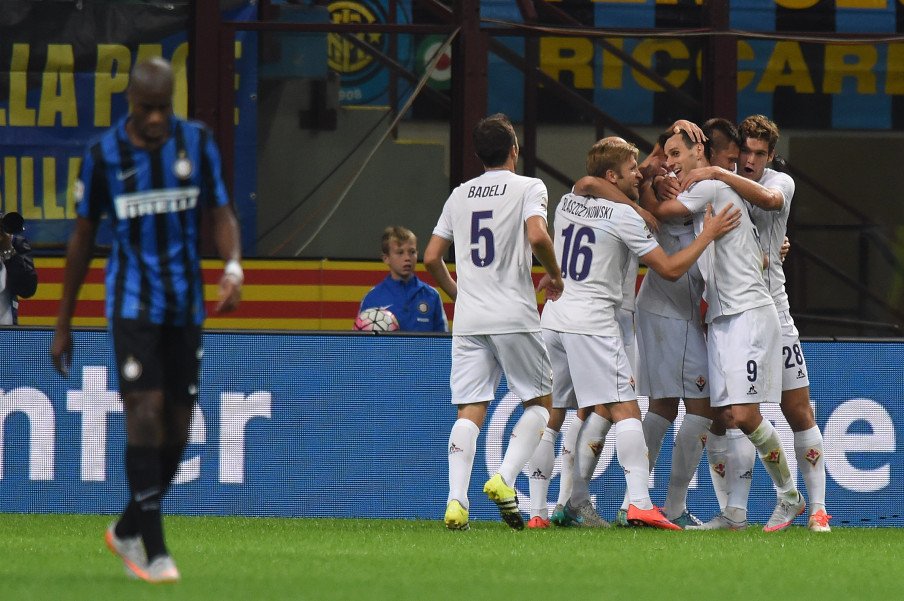 Inter faced an early uphill battle, as Miranda was dismissed with a straight red card, whilst already being 3-0 down within half an hour. Argentine Mauro Icardi managed to pull a goal back for the nerazzurri, but Fiorentina later regained their three goal advantage as Nikola Kalinic secured his third goal of the game.

Speaking after the match, Roberto Mancini was gracious in defeat, as he complimented his opponents victory.

From two shots, we were three-nil down. We still have quite a few things to improve on. But I have to say well done to Fiorentina, who played well and had control of the game.

Inter will be looking to bounce back in their next fixture against 8th place Sampdoria this weekend. There’s a break of domestic action for the league leaders, as Fiorentina face Portuguese club Belenenses in the Europa League this Thursday.